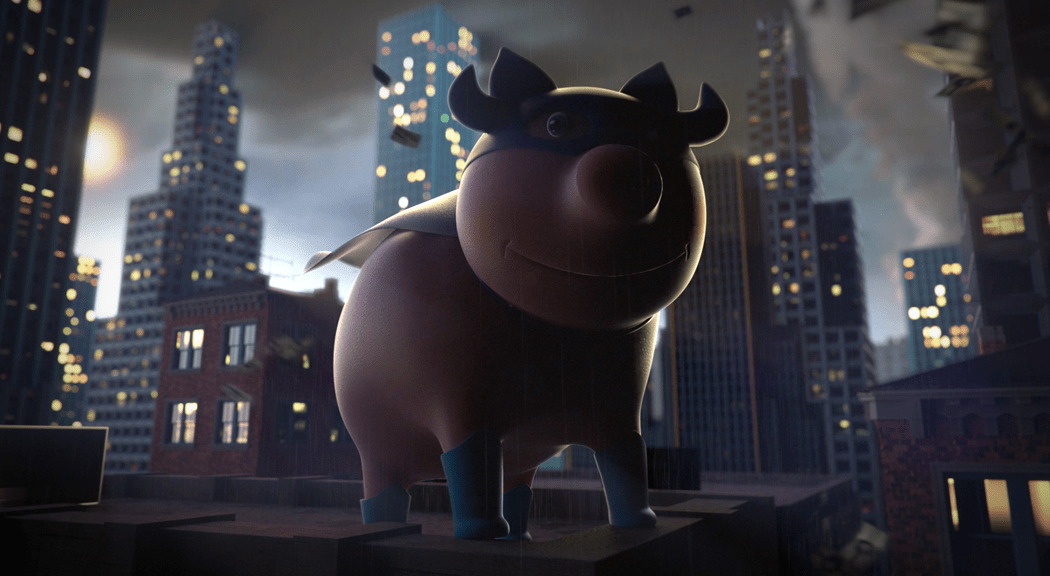 R+V Versicherungen launched a new financial product Safe+Smart and we supported the  launch and the reveal with a triologie of a super hero pig fighting falling interest rates, financial gaps and investment uncertainties.

As part of the „Safe & Smart“ campaign we were asked to produce a teaser spot which finds its culmination in the reveal of the R+V Safe & Smart Super Hero. R+V insurance generally communicate in a very positive not threatening way and they wanted to create awareness for their new product and the reveal of the hero itself.

We wanted to produce a highly qualitative character CGI spot which corresponds to the viewing habits of premium animated films. For the communication we came up with the idea of an weather analogy for the Zinsloch, which makes it possible to show a threat without being to scary and it makes it possible to vary the level of threat. The bad weather news is communicated via a weather news in a TV. The news are getting more and more frightening, while we see the shadows of our super hero who’s is getting prepared for an intervention. The Hero gets revealed standing on a roof top as the storm clouds break up.

To avoid a clash of the movie footage and our animated CG scenes, we decided to use a slightly stylized design instead of super realistic CG.