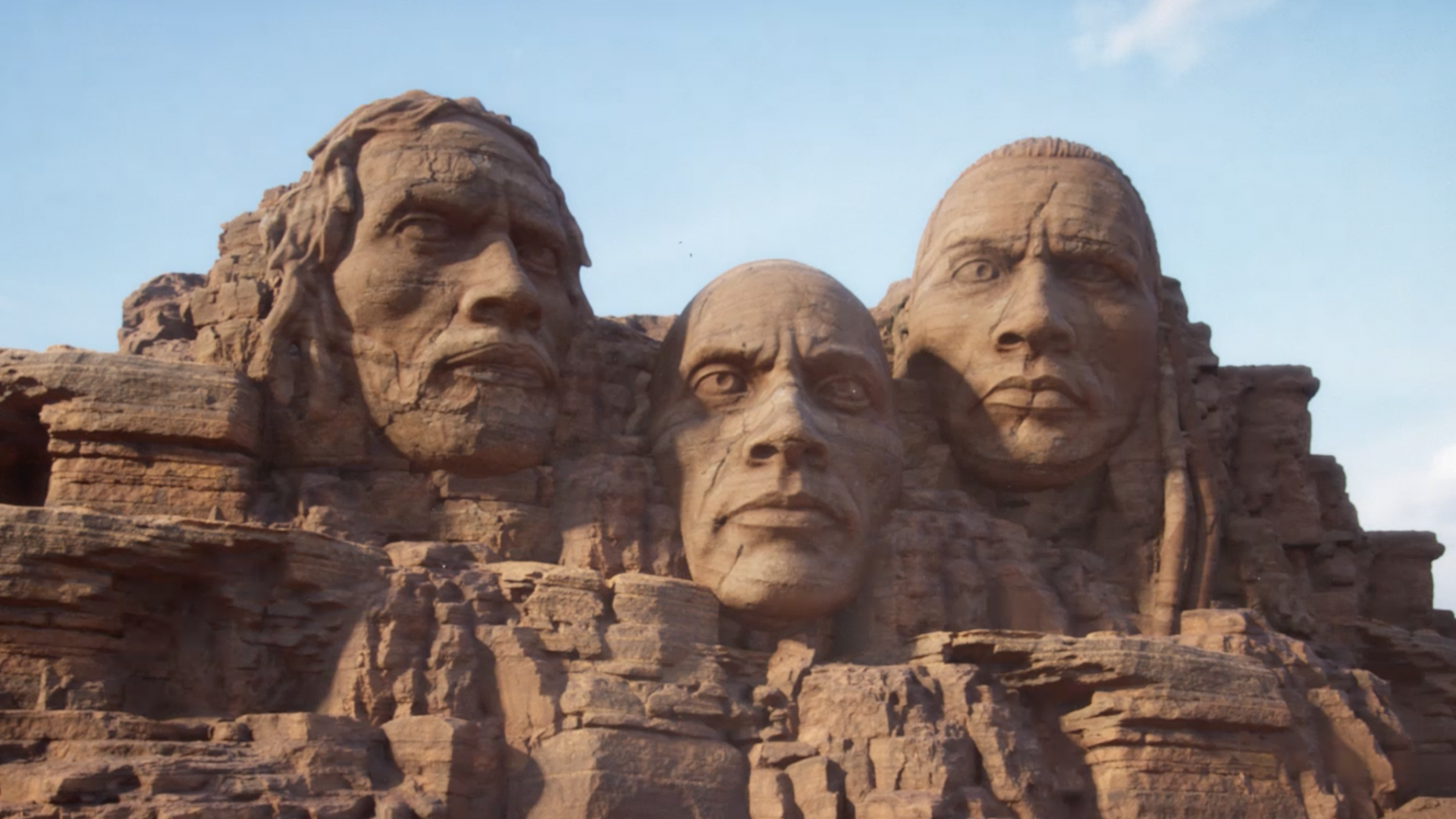 A former wrestler, current movie hero and soon to be superhuman got a whole weekend special on SyFy and we were proud to announce it within a special teaser, perfectly carved and chiseled in stone: The „Dwayne Johnson“ Rock in rock!

To celebrate Dwayne Johnson in a triple feature and film marathon, SyFy asked us to create a trailer for on air and crosspromotion, opening up for three of his most iconographic movies: Scorpion King, Hercules and Doom. Therefore, the Deep Purple Cover „Deep Purple in Rock“ and games like Uncharted, Red Dead Redemption and Far Cry 2 serve as inspiration to give this man what he deserves: a larger than live presentation as one of the foundations of american culture - so we carved that mans face into Mount Rushmore!

By using the incredible UNREAL engine for this campaign, we created a fictional fantasy desert world with sporadic vegetation, in which built-in assets from the three movies were incorporated into the scenery. We drive through them in an impressive tracking shot towards the ultimate climax - the Rock - in which Dwayne Johnson was immortalized three times with his film roles: Mayathus, Hercules and Sarge - monumental, epic and out of this world!